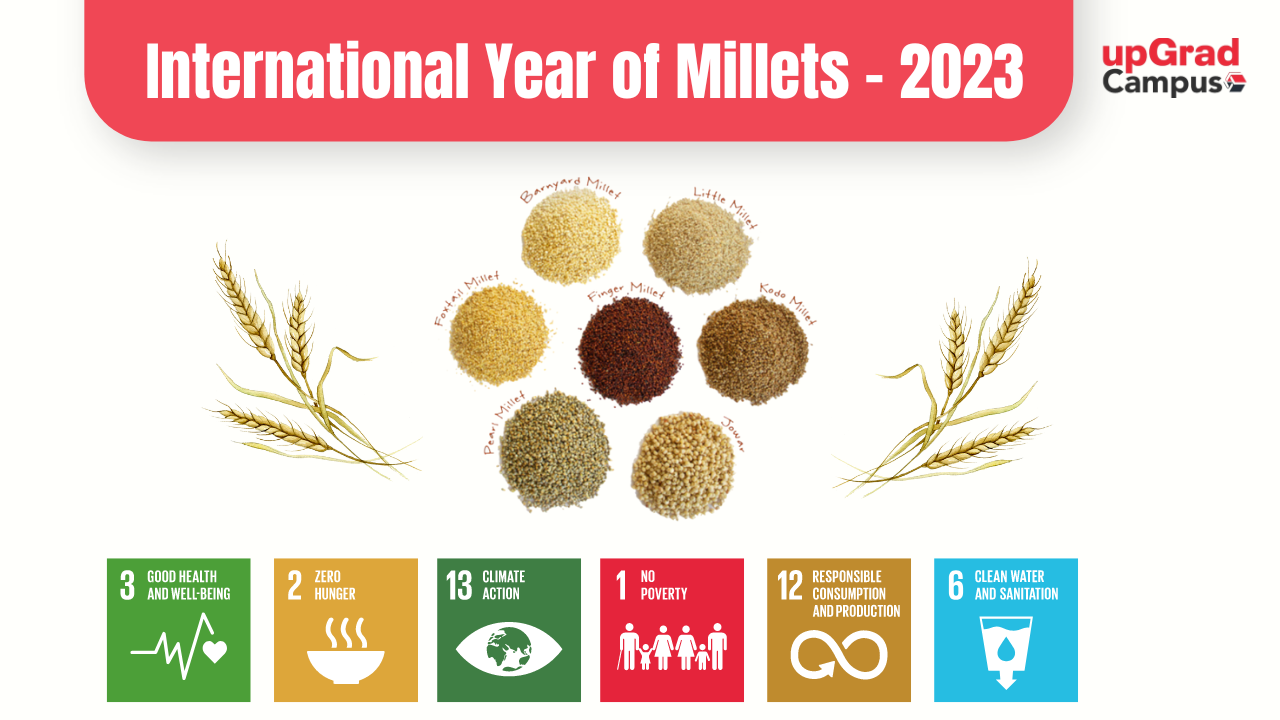 UGC ready to Celebrate 2023 as the “International Year of Millets”

The University Grants Commission (UGC) has recently issued a directive to all Higher Education Institutions to participate in the International Year of Millets (IYoM) 2023. This move aims to create awareness regarding climate-resilient and nutritious crops across the globe.

UGC’s affiliated colleges are required to participate in several activities and programs as part of this celebration. The council has requested that universities conduct educational campaigns highlighting millets’ nutritional advantages, which can “address contemporary lifestyle issues and health challenges like obesity and diabetes.” The letter addressing the stakeholder of HEIs instructed them to chalk out additional programs that they will be undertaking in the next academic year in this direction.

Why was “Millets” Chosen?

Millets are a collective group of small-seeded annual grain crops called the ‘super grain’ because of their high nutritional value owing to large amounts of protein, fibre, vitamins and minerals. As per the Ministry of Agriculture and Farmers Welfare of India, our country is the major producer of Millet, accounting for 80% of Asia’s and 20% of the global production.

Millets have been one of the major staple foods of central India for centuries, but after the advent of high-yielding varieties of rice and wheat during the 1970s, millets slowly got side-lined from the food basket. In order to increase awareness of the economic and health benefits of millets to the general public, India took the lead supported by over 70 nations in the United Nations General Assembly, which declared the year 2023 as the International Year of Millets.

upGrad Campus solves 2 key issues faced by almost every HEI in the country: Classroom Infrastructure and Industry-Relevant Curriculum with its offering. If you want to be a part of Next-Gen Institution, get in touch with us today at campus.sales@upgrad.com or just drop us a line on WhatsApp.]